cassano d'adda11 castelli1 visitadda.com1
Castles and Fortress Fortifications along the historic border river The Adda river had historically an important strategic function. Especially between Lecco and Cassano, it... 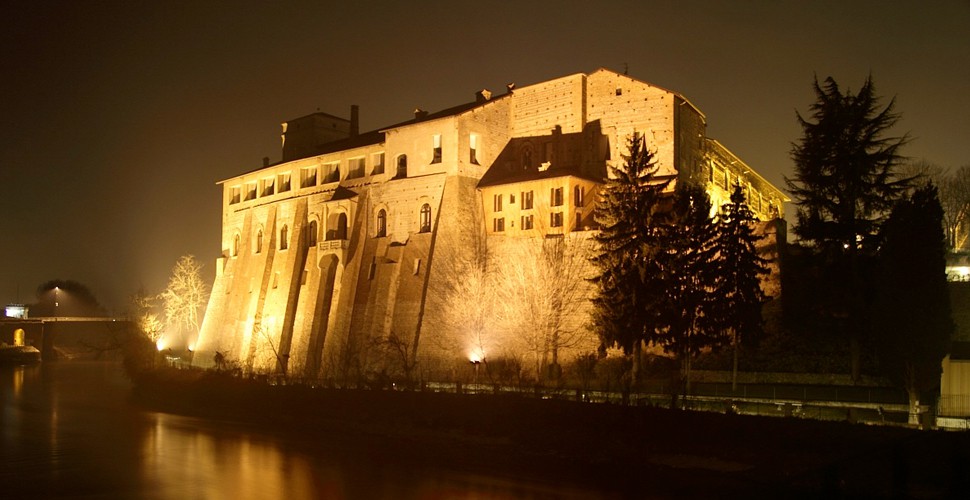 Castles and Fortress
Fortifications along the historic border river

The Adda river had historically an important strategic function. Especially between Lecco and Cassano, it represented a real frontier both for those who descended from the north and for armies that in the Po plain.
It is no a coincidence that since 223 B.C. (date of the battle between Romans and Insubri) armed clashes were carried out near of fords: Cassano, Vaprio, Canonica, Trezzo, Cornate. Immediately after the medieval period, Adda river became a state border between the Duchy of Milan and the Venetian Republic until the end of 1700. Along the centuries, on the banks of the river there were the Visconti (who made it a formidable defensive line), Sforza (who brought the Duchy to be one of the finest European courts) and the French. The latter were replaced by the Spanish during the Thirty Years War, with the imperial Lanzichenecchi which periodically descended the river bringing destruction, looting and even the spread of the plague. For this reason the Adda river was called “Camino del Imperio”.
The Spanish were then substituted by the Austrians (which control was interrupted only by the Napoleonic period at the end of ‘700), which brought peace, technological and economic development.

The natural Adda border facilitated the construction of fortifications and the obligatory passage points: ports (in Brivio, Trezzo, Vaprio), bridges (as the Roman Pons Aureoli in Canonica d’Adda, the Visconti bridges of Lecco, Trezzo and Cassano), ferries (such as the “Leonardo’s” of Imbersago) and numerous castles: the castle of the Sink in Calolziocorte and that of Brivio; Colleoni Castle in Solza; the Marne Castle; the Visconti castle of Trezzo and Cassano.