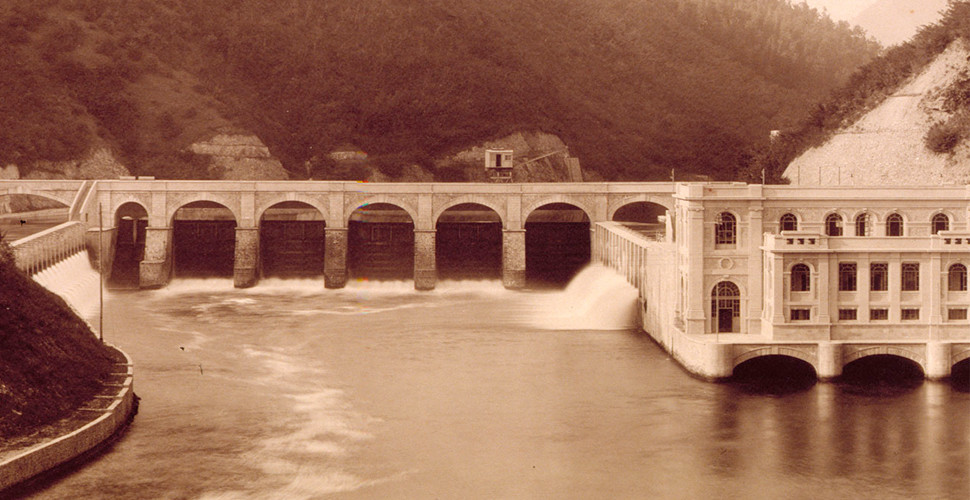 The industrial heritage
The Adda RIVER: “cradle” of the Italian industrial revolution

The Adda shores are host from centuries windmills, water wheels, derivation channels, mills moved by the flow of water. The cultivation of silkworms were very common and represented a supplementary activities in the economy of the peasant families, which later entirely replace farming. The main witness of their widespread distribution are: the Abegg spinning mill in Garlate (1841, now Silk Museum); the Molinazzo mill in Brivio (1776) and the Toffo spinning wheel with a seventeenth-century mill; the Monti silk factory in Abbadia Lariana, (1818, now Civic Museum); the mill Fumagalli in Sotto il Monte (1902); the Rasica mill (mid-1800) in Osio Sotto, the National Linen and hemp mills (1873) in Fara Gera d’Adda and Cassano d’Adda.
The river played a leading role in the industrialization of Lombardy; the hydropower industry started in the late 1800 with the construction of plants for energy production and the operation of connected factories (the Binda paper mill in Vaprio, the Linen and hemp mills, the textile factory and the workers’ village in Crespi).

The major power plants, which are the “Bertini” (1898) and the “Taccani” (1906), the “Esterle” (1914) and “Semenza” (1917), still currently working, are real monuments, as “cathedrals of energy”, architecturally representative of the period and witnessed an economic development respectful of beauty and environment.
The two most representative monuments remain the bridge of Paderno (1889), one of the most daring engineering feats of the time, comparable to the Eiffel Tower, and the Crespi village (1878), a unique example in the world of company towns as witnessed by UNESCO which in 1995 declared it a World Heritage Site.