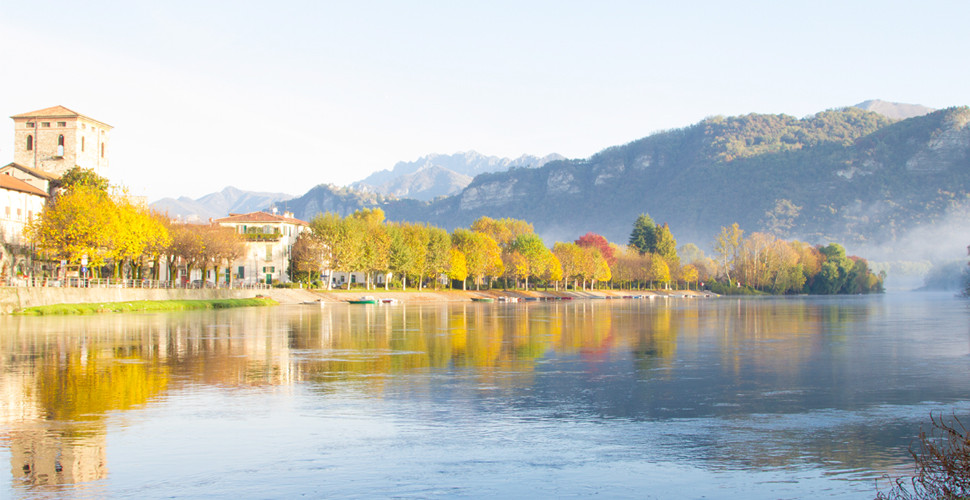 The territory boasts an amazing variety of natural environments between the North Adda Park and the PLIS of Canto mount and Beseco and Lower course of Brembo River.

As if it were a book, the Adda valley tells an hundreds of thousands of years story; the great variety of landscapes and natural environments between the lake and the plain is due to the shaping action of glaciers in the northern area, and to the river in the south. During the last ice age, the glaciers covered bigger areas than today, arriving almost to Milan. Descending from the Alps, they invaded the plain leaving their mark with valleys that will originate the great pre-alpine lakes (Maggiore, Como, Iseo and Garda) and with the “morene” hills.

One of the most evident traces of this process is the “Adda Ceppo,” the glacial rock that characterizes the landscape of the river, used until the last century as valuable building material. At the level of Paderno Adda town there is a spectacular log canyon, the Forra d’Adda, a natural monument of the North Adda Park: even Leonardo was so fascinated to study, measure and draw it in his codes and portray it in the background of the Virgin of the rocks. Another heritage of the Ice Age is the Lake Sartirana, a basin of glacial origin declared natural Reserve of the Lombardy Region and the Site of Community Interest (SCI). Two other wetlands of great importance for birds have been declared SCI: Olginate Lake and the so-called “Brivio swamp”. Covering an area of ​​265 hectares the river created several ideal habitats for marsh birds. To the south of Trezzo – where you can visit the nature reserve “Le Foppe” of WWF – the landscape takes on the character of the typical river morphology.

In the ecological network of the Adda Biocultural District, the Adda Nord Park connects with the PLIS of “Monte Canto and Bedesco” and “Low river Brembo”.
Canto Mount detached from the Bergamo Pre-Alps, from which it is separated by the San Martino Valley whose epicenter Pontida. It is the first mountain when going from the plains to the east bank of the Adda river. Tributary of the Adda, the Brembo river has instead a torrential and impetuous character and builds a landscape characterized by ravines and steep banks. It enters in Adda river under the workers’ village of Crespi d’Adda.